What is a sentinel node scan?

A sentinel node scan, or sentinel node imaging refers to a nuclear scan procedure in which a sentinel node (primary lymph node) is identified with the use of a radioactive tracer normally in patients presenting with breast cancer or melanoma. Once the node has been located by the scan, it can be removed and examined during surgery to see if it contains cancerous cells. A sentinel lymph node is the first lymph node to which cancer cells are most likely to spread from a tumour.

Why is it performed? 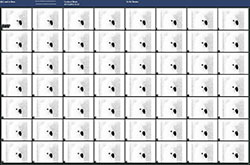 If cancer is located in the lymph node/s, your doctor will be able to determine the stage of the disease and help you with a suitable treatment plan. A sentinel scan can prevent the removal of non-infiltrated lymph nodes.

A sentinel node scan is most often used for breast cancer detection (and is in fact a very important part of assessing the severity and spread), and melanoma.

There is currently research underway to see if this kind of scan can be used to stage a number of other cancers, including colorectal, penis and vaginal cancers.

How does it work?

First, your doctor will inject you with a small amount of radioactive tracer in the superficial layers of the skin where the tumour is located. The material helps your doctor to find the sentinel node, so that it can be removed. The same day or next day the sentinel nodes is located with the help of a gamma probe during surgery. This node will be analysed by the pathologist during surgery (only in breast cancer patients) for any cancer cells.

Dr Ria Bester is a nuclear medicine specialist based in Bellville, Cape Town. Dedicated to the practice of nuclear medicine and its benefits, Dr Bester and her team are able to provide patients with a wide range of services.
These include skeletal scans, infection imaging, thyroid scans, gastric emptying, "milk scans" to evaluate gastro-oesophageal reflux in children, hepato-biliary scans, blood volume studies, renograms and renal scans, as well as lung, cardiac and sentinel node scans in patients with breast carcinoma and melanoma.